You Deserve a Medal! by Edith Borax Morrison 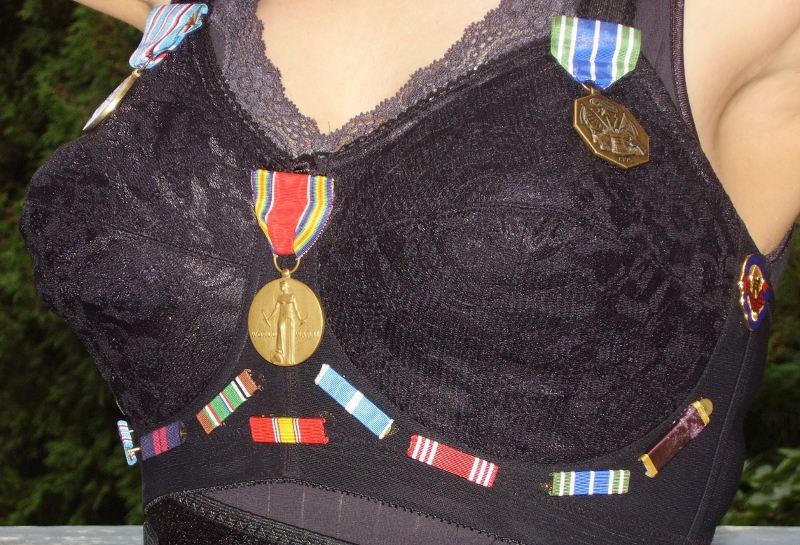 You Deserve a Medal!

The center front of this bra has an original of the famous Four Freedoms Medal struck to celebrate Victory in WW II. Other medals are for Good Conduct, the American Theater of Operations (and we know all too much about operations), and for Valor.

FDR spoke of the Four Freedoms:

Edith Borax Morrison is a 19-year survivor of breast cancer who suffered a recurrence last year. During her treatment and convalescence she had episodes of pain and insomnia that she was only able to cope with by “adding a T”, turning ‘pain’ into ‘paint’.

Edith’s free-hand, free-form compositions evolve from her intense concentration on her experiences. Her Mandalas are exhibited at the Kehler-Liddell Gallery in Westville, as well as at shows and galleries throughout New England. She has won prizes for her work from the renowned Silvermine Art Association in New Canaan. Edith lives and works in Trumbull, CT, and received her treatment at Smilow.