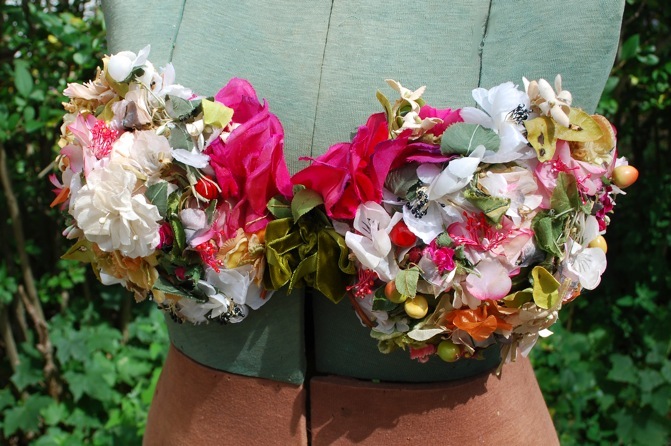 About Lys Gyillorn:
I lived in the Hat City of Danbury, Connecticut for 12 years, and continue to work there. I was inspired to use hats in the creation of this piece by the Danbury Museum’s hat collection, and the photographs of historical hats by Catherine Vanaria. The bra has 1940s- and ’50s-vintage millinery embellishments on the front, and pink velvet on the inside. It’s a tribute to my grandmothers’ generation who wore hats for important occasions, and expressed their creativity in the hats they chose. My maternal grandmother, Anna Odice, is living strong with metastatic breast cancer at 97. The vintage pieces were salvaged from hats worn and collected by my father’s mother, the late Alice Guillorn. Hats off to survivors and the memory of those who have gone before us.